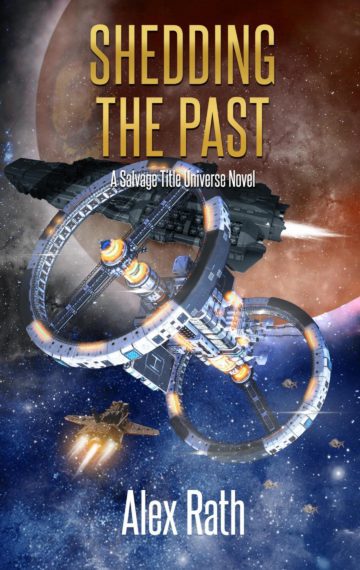 $4.99Buy NowRead A SampleSee The ReviewsSee The Full Series

Nominated For The Palmetto Scribe Award!

Vote For Shedding The Past!

With things calm outside the Strorix system—at least for now—Queen El’Jyiurma has time to work on things at home. She has new hatchlings to take care of as well as a growing empire, and she has her coils full. The Gnevusin threat isn’t over, though. The only questions are how long will they wait to attack, and will it be long enough for the ships the Serpentes have coming to be brought into service?

With new ships on the way, and not enough crews, the Strorix Royal Navy welcomes its first humans to its ranks, but not every Serpentes is ready for the change. Can the humans withstand the pressure and stick with it to become SRN officers? Cadet Shawn Savage, for one, knew the road wouldn’t be easy when he was accepted into the accelerated track, but he had no idea what was waiting for him…or who.

And, if that wasn’t enough, El’Jyiurma comes across information that will shake the very roots of the Strorix system to its core. She was chosen as the leader, and now she faces her most difficult challenge since taking the crown. Will she rise to the challenge, or will the Serpentes’ civilization be destroyed by the centuries-old secret?