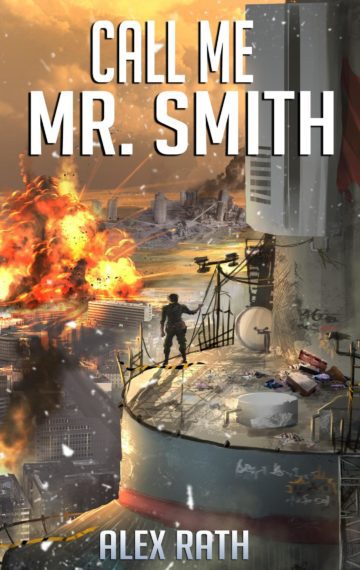 Before the Fall, Obsidian Corporation had Agents, and Teledyne Industries had Specialists. Both were deadly. In the Northeast Sector of North America, deep in Obsidian-controlled territory, Teledyne had Mr. Smith, and people fled, just on the rumor he was close by.

Now, twenty years after the fall, former Obsidian executives have formed a tenuous truce with the former assassin to save New Toronto. Smith would have happily lived out his life alone, but when Smith sees that something needs doing, he gets it done.

The Anarchists Legion are on New Toronto’s doorstep, as well as under it, and Mr. Smith must search from the top of the CN Tower, to the PATH system under the city, to the shores of Lake Ontario to find out who’s behind the murders, sabotage, and destruction. Used to being cold and working alone, Smith will be forced to forge bonds with new allies, but with enemies all around him, is there anyone he can trust?

Who will control New Toronto? Who will survive the Anarchists? Mr. Smith will have something to say about both of those questions. And when Mr. Smith talks, people listen…or at least they should.